This article is about their differences and theories.

The original link is C#/.NET 中 Thread.Sleep(0), Task.Delay(0), Thread.Yield(), Task.Yield() 不同的执行效果和用法建议. But this blog was written in Chinese, so I translate its content to English. Waterlv is an MVP(Microsoft Most Valuable Professional), and he is good at .NET Core\WPF\.NET. Here is his Blog.

It is easy to find that in the Sleep method it calls another method which’s name is SleepInternal. SleepInternal is implemented in CLR, and its function is suspending the current thread for the value of millisecondsTimeout.

If your method will not be affected by other threads, there are not any differences among the methods above. But when your method is affected by multiple threads, other threads may run into this method when you call Thread.Sleep(0).But it is good news that the CPU time slice for a thread is nanosecond level, so this situation is almost impossible to happen.

Here is the code of Thread.Yeild()

And we can notice that Yield() method calls YieldInternal() method. And YieldInternal is implemented in CLR too.

The function of Thread.Yield() is to force the current thread to give up the rest of CPU time slice, the same as Thread.Sleep(0).

It is just a little differance between Thread.Sleep(1) and Thread.Sleep(0), but their function are different.

Here is the result of these three method’s execution time. 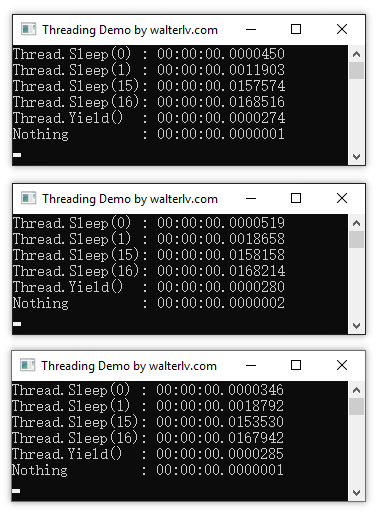 Nothing means there are not any codes. And we used Stopwatch to get the result. For more detail about Stopwatch visit .NET/C# 在代码中测量代码执行耗时的建议（比较系统性能计数器和系统时间）. This blog was written in Chinese, I will translate it later.
Here is a part of the codes.

TAP is a threading model which bases on an async state machine, and this is the biggest difference from the Thread method.

Here is the source code of Task.Delay.

This method will return Task.CompleteTask as a result when the value of the parameter is 0. That means the code you write after Task.Delay(0) will be executed immediately. (If the rest of CPU time slice is enough).

YieldAwaiter relies on QueueContinuation to determine when to execute subsequent codes. Part of the source codes is listed below.

There are two branches in these codes.

Task.Delay(1) is almost the same as Task.Delay(0), but the function of these two codes is different.

Task.Delay(1) starts a System.Threading.Timer instance, and it will describe a callback method which is executed when time is up.

Here is the exact API order to excute the callback

The codes after await will be encapsulated by the asynchronous state machine and passed to the callback above.

Here is the code of ChangeAppDomainTimer method.

Here is the result of the time they consumed. 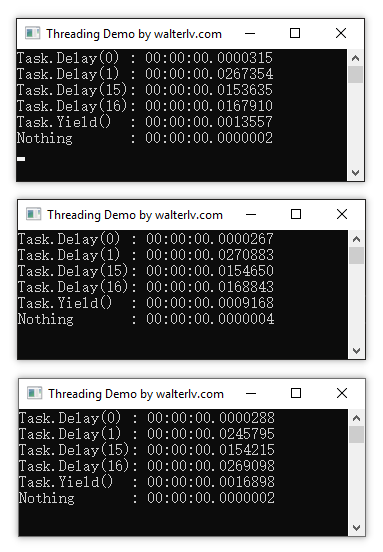 Nothing means there are not any codes.

Thread.Sleep(0) and Thread.Yield() can be called for giving up current thread’s rest time slice, and give chance to run other threads. If you want to make your thread wait, you can call Thread.Sleep(int).

If you have to use async/await , you should use Task.Delay(0) or Task.Yield(). If you use Task.Delay instead of Thread.Sleep, it can save resources for one thread. 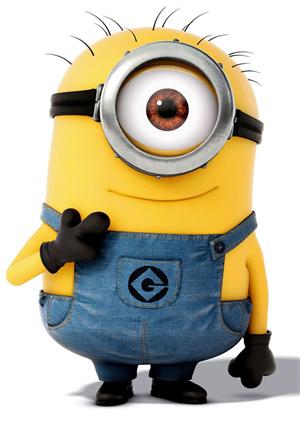